One of the biggest pieces of environmental legislation to make recent headlines is the Green New Deal. For addressing climate change, it is easy to read, but monumental in ambition. Proposed by Representative Alexandria Ocasio-Cortez and Senator Ed Markey, H. Res. 109/S. Res. 59 is only about twenty pages or so. There has been a lot of rage about the resolution and excitement. But it begs the question, What Does the Green New Deal Mean for the Outdoors?

If you remember President Roosevelt’s New Deal, then you understand the historical comparison the Green New Deal is trying to make. The original New Deal resulted in massive reductions in inequality and American revitalization in the face of the Great Depression.

It was a set of policy prescriptions like social security, Civil Works Administration, Civilian Conservation Corps, Farm Security Administration, National Industrial Recovery Act, financial reforms, public works projects, and regulations. It was in no way perfect, but it put the US back on the right track in the face of multiple crises.

Before we get going on this article, I should reveal my biases to you. I am a progressive, so I really like the Green New Deal. I voted for Senator Bernie Sanders in the primary and regrettably cast my vote for Madame Secretary Hillary Clinton in the general. At the same time though, this piece will address conservative unease. 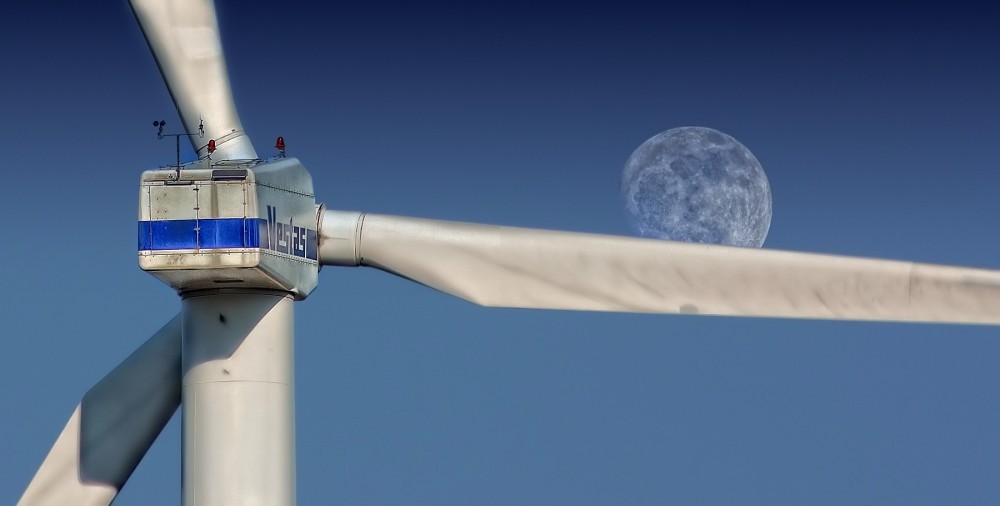 A Brief Overview of the Green New Deal (GND)

The GND is a resolution, not legislation with actual teeth. This means it is a wishlist of policy proposals. The GND is nonbinding. In other words, the GND does not require legislators to pass anything. It is something to aspire to. If it actually passes and legislation enters the works, the real policies will look different from what many fear mongers are saying.

At the same time though, there are new items on the GND’s agenda like collaborating with farmers and ranchers, overhauling the energy sector, and retrofitting buildings to be more energy efficient.

You won’t find any specific, well-fleshed out policy proposals in the GND. The resolution leaves the hard work of policy work for later. That’s why so many people are distressed about it. The resolution is vague. At the end of the day, it is just a resolution. Even President Roosevelt did not get everything he wanted in his New Deal program. The same is the case for the GND. 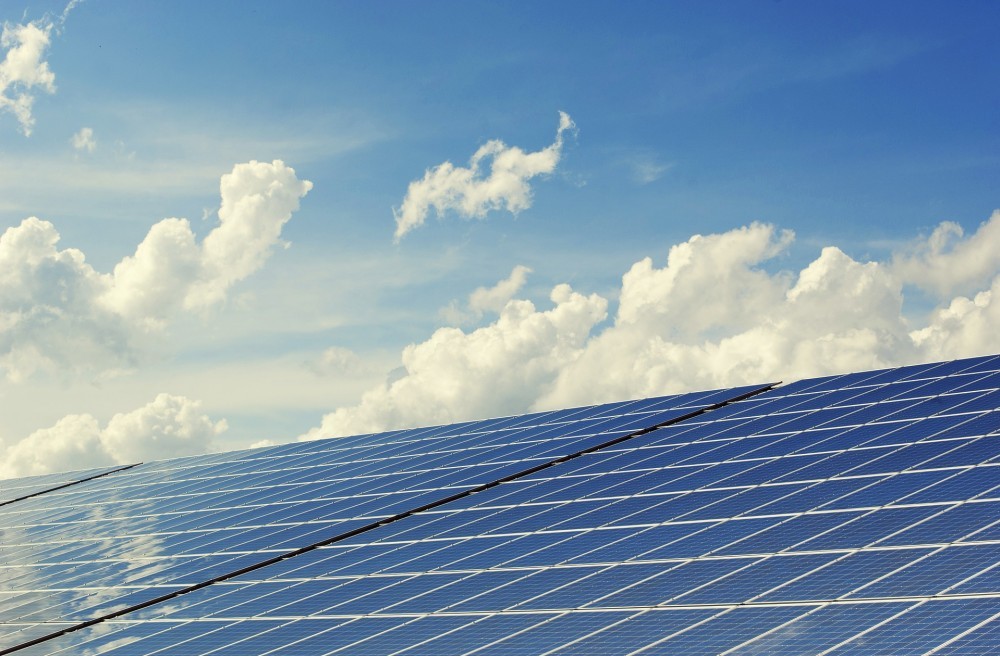 Key Impacts on the Outdoors

While the resolution itself won’t do anything, the potential policies will. We can extrapolate from that.

This will Reduce Amercia’s Carbon Footprint.

The contemporary energy sector relies heavily on fossil fuels like natural gas, oil, and coal. They pump pollutants into the air raising global temperatures. It is unsustainable. They will eventually come back to bite us as it already has. In my home state of California, we just got out of drought, but my guess is it will come back with a vengeance. Throughout the US, we have seen rising sea levels in Miami, New Orleans, and New York.

To combat these problems, we need to transform our energy sector. The GND supports wind, solar, biomass, and thermal as a means to better power our economy. They also mention support for electric vehicles.

Silvopasture, for instance, is a specific type of ranching. Think of cowboy ranching back in the 1800s. Guys on horseback would push cattle around. This type of ranching forces cows to eat more efficiently, prepare the ground to absorb water when need be, and mimics natural herding. Think of gazelle, dik diks, and the like on an African savannah. That’s what this part entails. My guess is the Bureau of Land Management would let ranchers onto public lands more.

With building retrofitting, old buildings will use energy more efficiently. This includes better insulation, reflective roofing, roof top solar, double pane glass, and the like. There is more to it than I can discuss here.

All these measures alleviate pressures on American wilderness and national parks.

It Will Increase Environmental Protections.

If you are worried about attacks on public lands, then this proposal goes a long way in ameliorating your concerns.

The resolution specifies a switch to renewable energy. My guess is it will also include keeping carbon in the ground. In other words, coal mining, natural gas extraction, and oil drilling will all see rollbacks. There will be limits to new exploration. 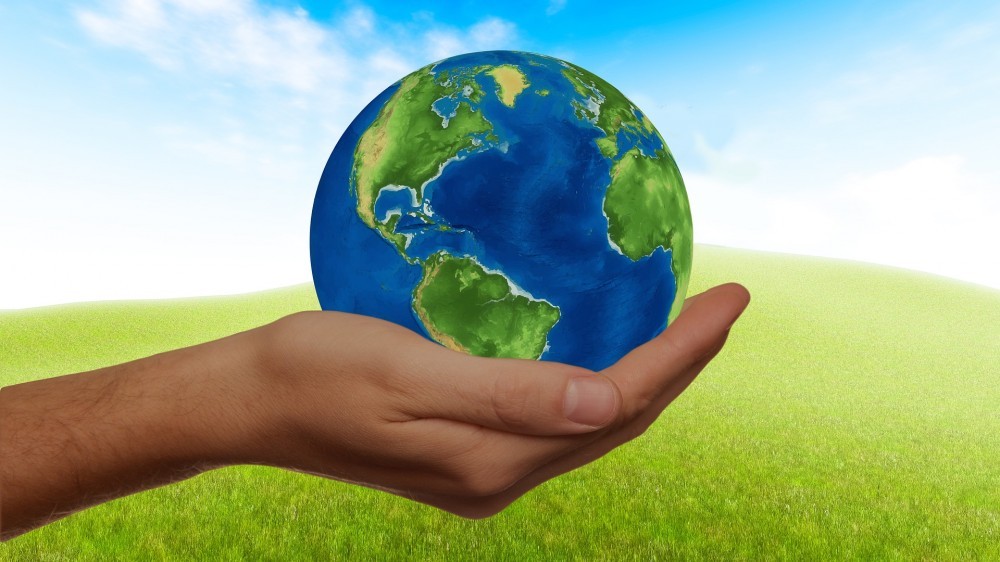 There Are Some Misconceptions I Need to Address

You Will Still Be Able to Eat Beef.

Animal agriculture has a significant carbon footprint. Cows, for instance, release significant amounts of methane from both their farts and burps.

It is one of the reasons I am vegetarian. It feels good to know my diet limits my carbon footprint. If you want to do the same without going full vegetarian, you can go on a Mediterranean diet. By far the biggest source of methane in the atmosphere comes from cows.

One way to reduce their emissions is to give cows seaweed. The diet additive reduces burping and farting, so the cows don’t emit as many greenhouse gases as often.

A lot of misinformation has gone around about this. You will still be able to eat beef. As far as I know, it would violate the constitution to restrict what people can and cannot eat.

Let me also make clear that the factory farms are the problem, not the mom-and-pop or small dairy and ranching operations. Those people have lower emissions and probably treat their cows a lot better. It is the big emitters who are the primary culprits.

Flying is Not Going Away Anytime Soon.

The GND is not going to mandate a full stop of all airline flights. 1% of global emissions come from air traffic. That is a lot. We can probably get that down though. In the long term, it is totally possible for a plane to operate off of full electricity without any fossil fuels. That is a ways off though. There are also different types of fuels planes can use. Some are more environmentally friendly than others.

The GND wants to give an alternative, high speed rail. It’s a lot cheaper than air travel. When I visited Japan, my family and I took public transit to get around the country. It was wonderful. The US is obviously different from Japan, but we still have the potential here.

Public transit saves you money. For the long trips, you can still expect to fly, but high speed rail will let you see Grandma over Christmas. 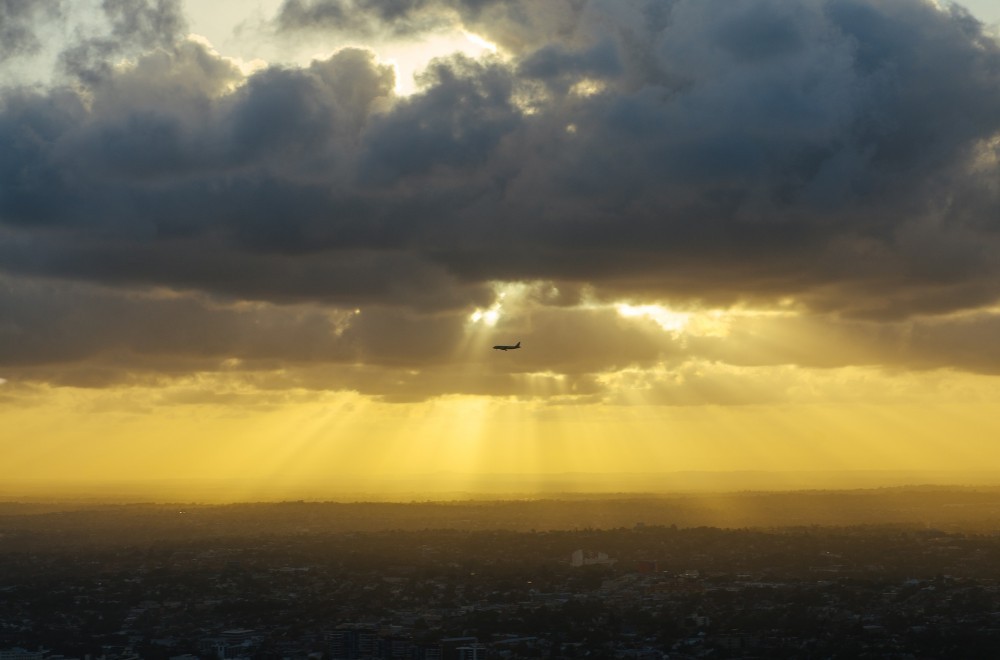 Why Conservatives Should Support this Resolution

I know this resolution doesn’t sound good to conservatives. There are serious concerns with this proposal. I get that. This section will help to address them.

Climate Change is Coming One Way or Another.

The science is settled on climate change. Period. Climate change denialism rejects reality. The reality is climate change is real. If you, conservatives that is, act now, you can then decide the resultant policy implications. You can affect the outcome. Now it is just a question of what we will do about it.

If you want to get out of Middle East wars, then this is one way to do it. Solar, wind, geothermal, and other renewable energy can meet 100% of the US’s energy needs. The Iraq and Afghanistan Wars have been costly for the US in terms of lives and treasure. That money could have been better spent elsewhere.

When you drive an electric vehicle, you can power it yourself. You do not need to go to a gas station. Think of all the money you will save. That is good.

Solar and wind have economics on their side. Both are only getting cheaper. Imagine a world where energy is too cheap to meter. Business costs fall and entrepreneurship can rise to the top again. The South and ‘cowboy’ states have the most potential to run off nothing but solar. Think of all the money to be saved. 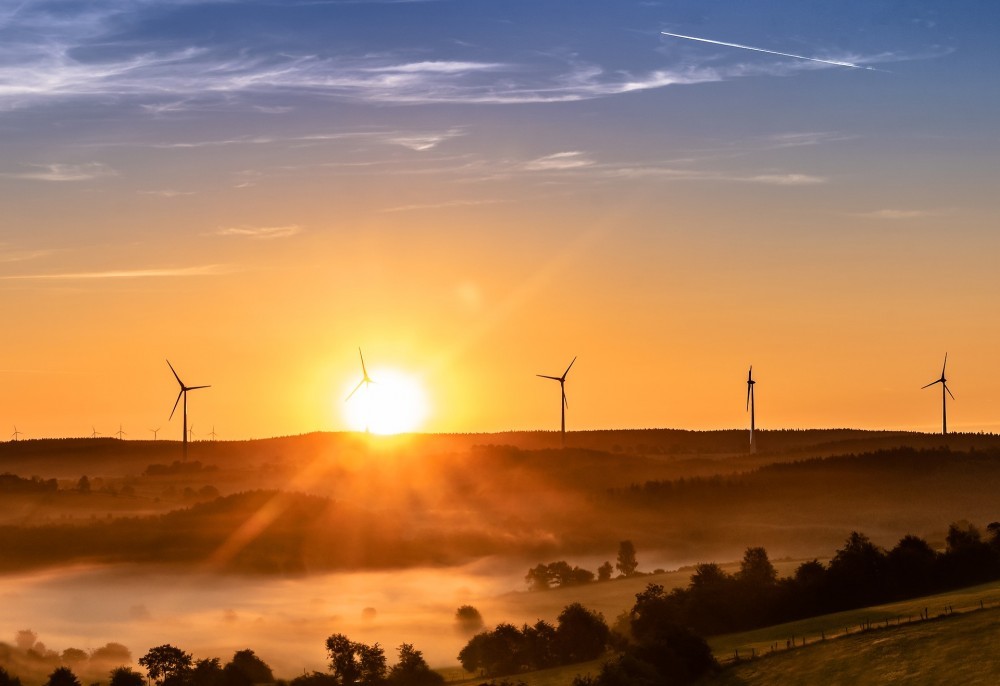 Conservation is in Your Blood

If you enjoy the outdoors as much as I do, then you probably go outside on a regular basis. The sun shines on your face and you feel the wind at your back. It is a sheer joy. There is no noise and everything seems so simple. The world no longer appears so complex.

Some of the greatest conservatives were also conservationists. Think of Presidents Eisenhower, Reagan, and Bush. They all championed protecting our national lands.

There are Business Oriented Solutions to Climate Change

The GND is one option among many policy solutions to climate change.

Tesla, for instance, has shown transforming the economy into a green one to be incredibly profitable. It is an uphill battle, but not entirely impossible. Electric vehicles are sexy. You do not need to do routine maintenance and they last for years at a time.

This is one of my favorite articles I’ve read online to date, “The Seas Will Save Us: How an Army of Ocean Farmers are Starting an Economic Revolution.” Pieces like these make me feel so much more optimistic about the future. It is a super cool article.

==> Click Here to Read about a Business Solution to Climate Change <==

You can make money solving environmental issues. This has always been one of the coolest things I have learned about the fight against climate change. The profits to be made from climate change solutions vastly outweigh the potential costs of continuing business as usual. 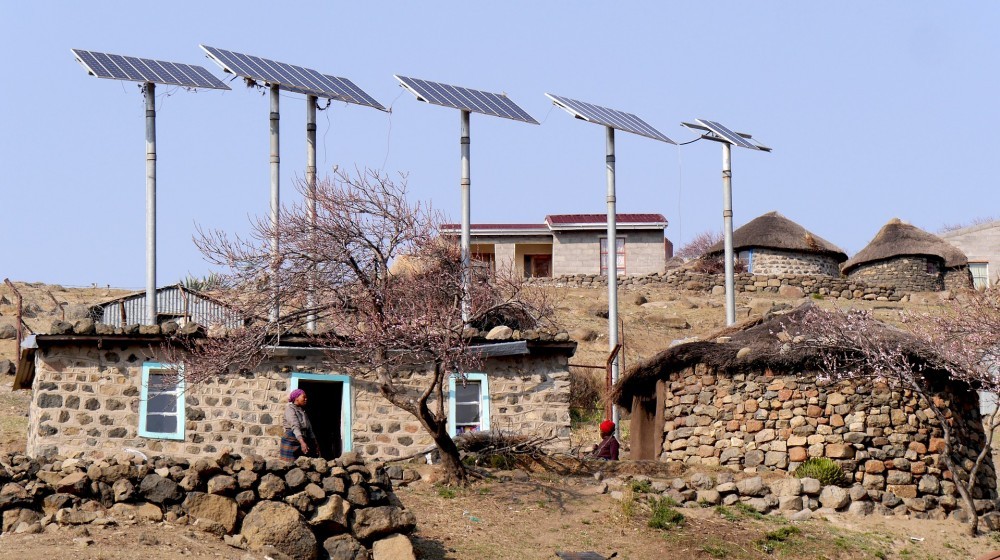 If You Want Energy Independence, Then Solar is the Way

Well that was just my 2 cents about the Green New Deal. I hope you enjoyed it as much as I did writing about it. The solutions to climate change lie well within our grasp.

If you are looking to take your camping game to the next level, then you should definitely check out one of my previous articles, The Best Portable Solar Panels for Camping in 2018 (I update these types of articles on an annual basis :)). If you want to power your phone or GPS, then it is an excellent read. Most solar lasts for 20 years or so. Check it out.

If you have any thoughts, questions, or think I missed anything, do not hesitate to comment below and please share the article. Thank you so much and I hope you make it a great day! 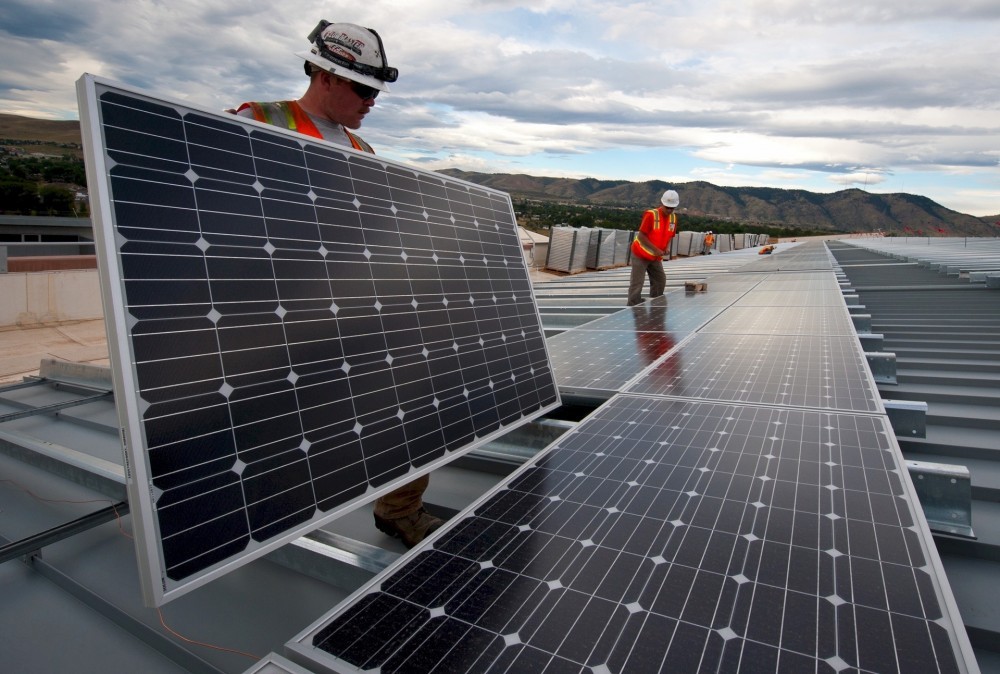