Located in the central, Northern part of the continental United States, North Dakota contains five national parks. In this North Dakota National Parks list, you will get an overview of what each of these parks has to offer, taking you on a journey from the lands that inspired a president to protect the nation’s natural wonders to the people who lived there long before the West arrived. 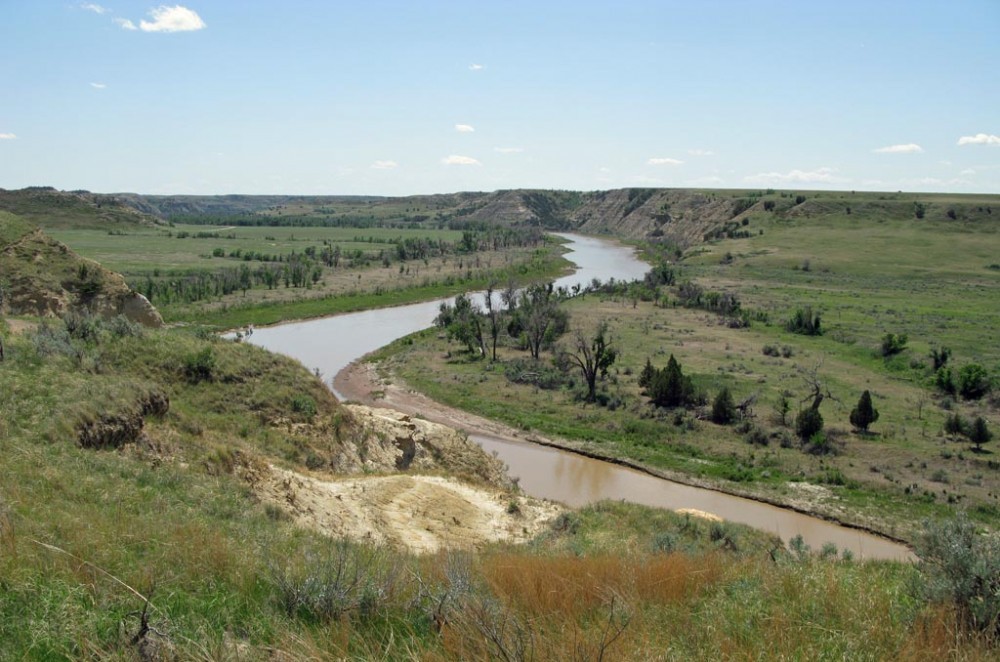 Divided into three areas, the South unit, the North unit, and the Elkhorn Ranch unit, this park was named after the 26th president of the United States, Theodore Roosevelt. He first fell in love with the area after traveling there in September 1883 to hunt bison. Throughout his time in the state, the scenery had a significant impact on the cowboy president, influencing him to enact legislation that would protect the country’s natural wonders.

If there is one activity you need to do while here, it is wildlife viewing. The park contains bison, coyotes, elk, bighorn sheep, badgers, feral horses, prairie dogs, white-tailed deer, cougars, wild turkeys, golden eagles, and many more animals. Each animal is quite beautiful.

To see these magnificent animals, jump in your car and travel along the park’s scenic loop drive. This 36 mile (58 km) loop contains pullouts with various signs to explain the natural features you see and pay homage to the historic sites you spot. All along the route, you can expect to see plenty of wildlife.

If you want more of a personal feeling in the park, then consider hiking on one of its many trails for hikers. The Buck Hill trail offers the highest vantage point for seeing the whole of the park. If you want to learn more about the park’s history, the check out the Maltese Cross Cabin.

Of all the national parks to see in North Dakota, this is one to see. 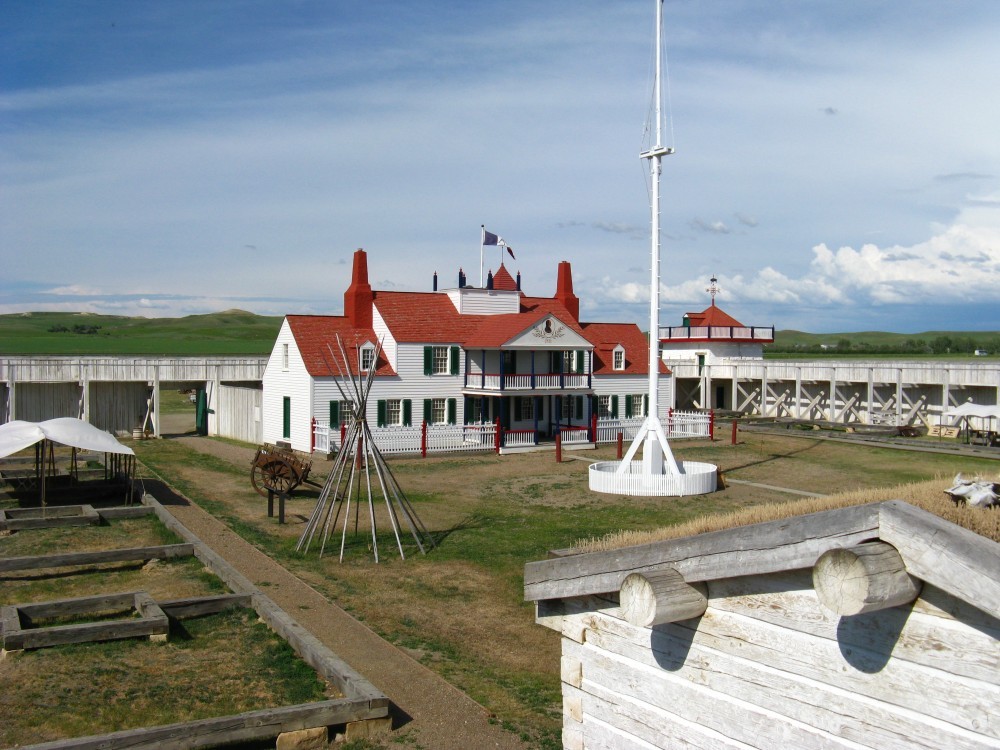 From 1828 to 1867, Fort Union was a major trading post between the Seven Upper Missouri river Indian Tribes and American merchants. Goods such as cloth, guns, blankets, beads, and, most importantly, furs were exchanged at John Jacob Astor’s American Fur Company’s most famous fur trade post.

Even though it is called a Fort, Fort Union was actually privately run by the American Fur Company. Each year, more than $100,000 in merchandise was sold, ranging in size from the smallest mouse to the largest bear. Life in the region changed in the 1860s as settlers moved in, eventually leading to the Fort’s purchase by the US government in 1867. They dismantled it and a reconstruction of what it once was is seen today.

To get a better feeling of what life was like at Fort Union in the 19th century, come visit the Fort from June 14-17, 2018 (dates may change depending on the year) at its annual fur trade fair Rendezvous. While there, you will experience a reenactment through a variety of speakers and demonstrators, each presenting a variety of goods and a bit about the history while wearing clothing and gear appropriate at the time.

If you are looking to learn about the history of the fur trade and American-Indian relations, then this is a wonderful place to do so. 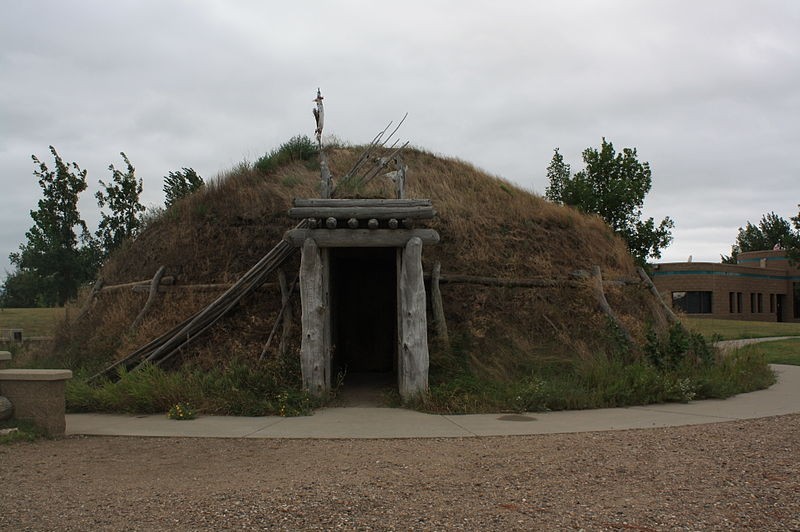 Prior to fur traders arriving at this site in 1750, the Knife River Indian Villages was a site of Native American trade for hundreds of years. If you were to visit this site back before the colonists arrived, you would smell corn cooking, hear multiple languages filling the air, and the crackle of firewood.

In the image above, you can see recreated Earth lodges like the ones inhabited by the tribes who once lived here. If you want a wonderful opportunity to learn about Native Americans in North Dakota, then this is the place to go.

While there, you can test your fishing skills by trying to catch catfish, walleye, trout, and Northern pike. If fishing is not your cup of tea, then consider hiking one of the many trails offered here. The longest one is the Two Rivers Trail (6.2 mi/10 km), winding its way along the Knife River to the South end of the park.

Other options include the shorter North Forest trail loop (2.2 mi/3.5 km) with a short extension (.6 mi/.96 km) that gives you the Missouri River overlook loop and the Village trail (1.3 mi/2.1 km) that takes you to the remains of Awatixa Xi’e Village. Once on any of these trails, be sure to remember your binoculars as there are thrushes, warblers, raptors, waterfowl, and many other birds overhead.

In the short film Maxidiwiac shown at the visitor center, you can learn about the life of Buffalo Bird Woman, a Native American who lived at the Knife River Indian villages. This site is an excellent place to explore North Dakota’s outdoors and learn about its history. 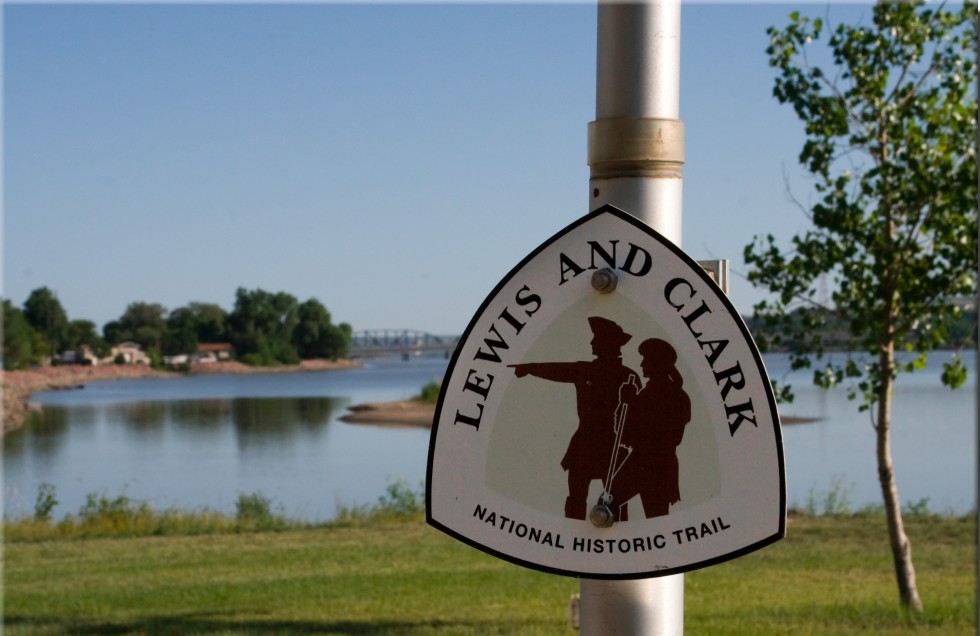 Approximately 3,700 miles long and winding its way through eleven states, the North Dakota section of the Lewis and Clark National Historic trail has eleven sites where you can see a part of the route Lewis and Clark took to reach the Pacific Ocean.

By far, the best place to learn about the history of these two explorers and their journey is at the North Dakota Lewis and Clark Interpretive Center. During the Winter of 1804-1805, Lewis and Clark interviewed members of the Mandan-Hidatsa villages here in order to plot maps and plan their journey. While there, you can also visit the reconstructed Fort Mandan. 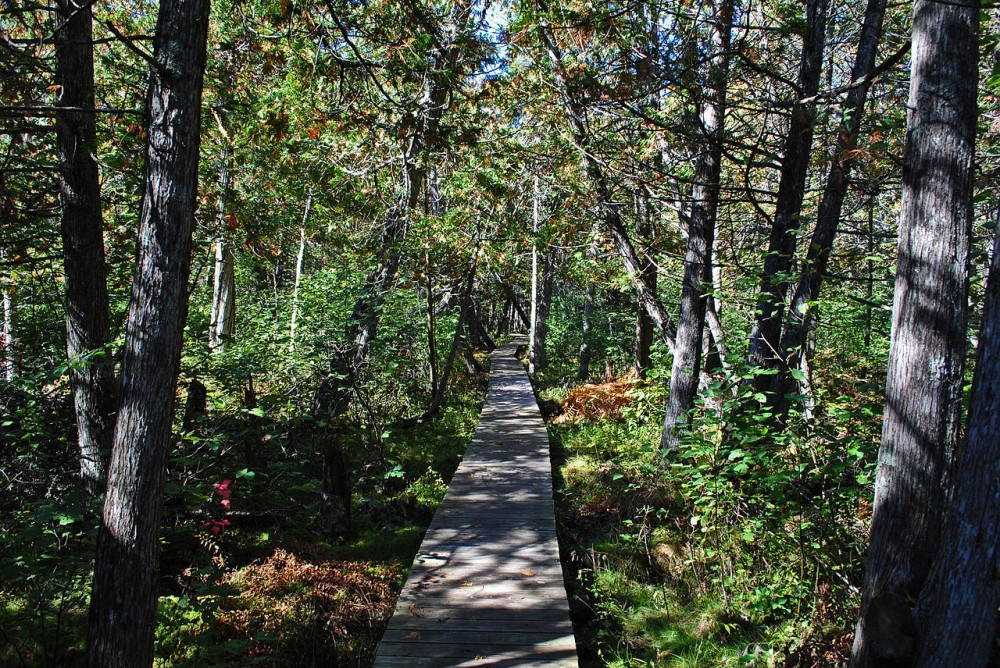 Spanning seven states, the North Country National Scenic Trail stretches for 4,600 miles, crossing rivers, descending valleys, and widening grasslands. All along the trail, you can expect to see native grasslands, shallow lakes, wetlands, pastures, and agricultural fields, making this portion of the trail quite flat.

In the North Dakota section of the trail, there is 436 miles to hike (249 off-road/187 on road). For this part of the long trail, it is quite easy as it is mostly flatlands with some occasional hills. Be warned though, it can get quite cold, so be prepared for chilly weather with plenty of warm clothing.

In Central North Dakota, you can see start this trail from Lonetree Wildlife Management Area or the New Rockford and McClusky Canals. Once in the Westernmost part of the state, you can find the trail at Garrison Dam, the City of Riverdale, Lake Sakakawea, Lake Audobon, or the Audobon National Wildlife Refuge.

If you enjoyed reading this piece, then check out my other articles on places to go. You can read about Washington, Oregon, Utah, and many other states that contain splendid national parks.

North Dakota contains plenty of national parks to see and explore. There is a rich history to the state, allowing its visitors to fully experience the Badlands. From the historic Lewis and Clark trail to the spectacular Theodore Roosevelt National Park, North Dakota offers plenty to experience for the outdoor adventurer.

If you have any thoughts, questions, or think I missed anything, do not hesitate to comment below and please do share this article. Thank you so much and I hope you make it a great day! 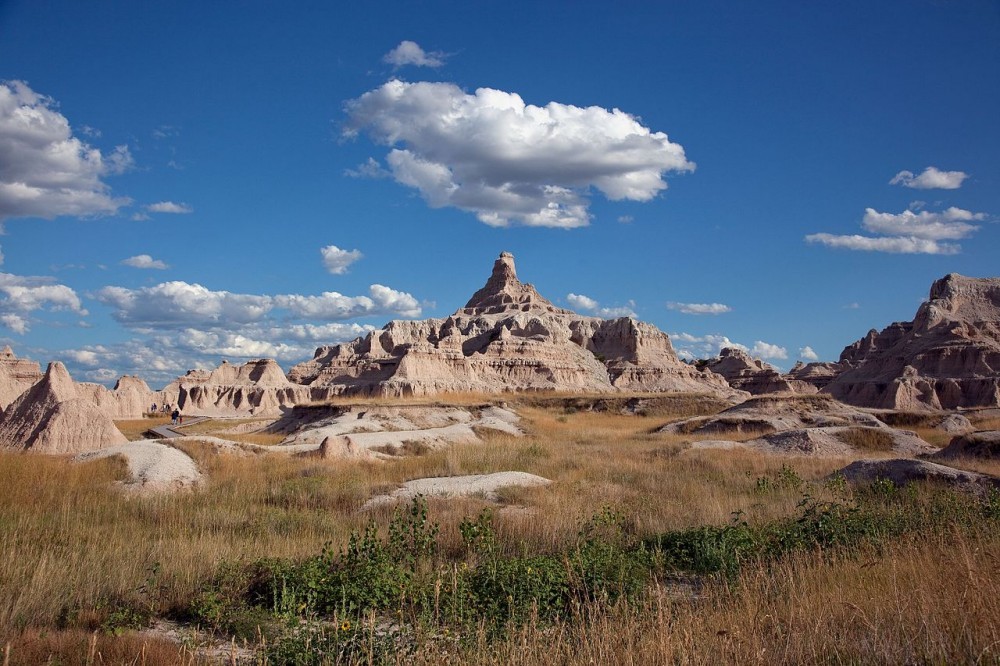 12 Comments on “North Dakota National Parks List – into the Badlands”