Forest fires are no joke. They destroy wildlands, engulfing homes in their wake and devastating the lives they cross. When you read this piece, Forest Fire Facts and Photos for Kids and Adults Alike, you will learn some facts that will take your breath away. Apocalyptic photos will show you what is at stake. Everything is not all bad though. A forest fire can be bring about a revival undreamed of, bringing new life to the devastated land. When you show this article to kids, they become little messengers, understanding the dangers and spreading the word.

This article could not have been made possible without the help of the US Forest Service. Their website provided me with helpful information about wildland fire management. If you want to learn more beyond what is in this article, then I encourage you to check them out.

10 Facts to Get Your Head Spinning

1. Drought and Wind are the primary fuels of forest fires.

With climate change increasing its impact, the effects of dry windy summers have also increased. When we suck up too much water, that leaves the earth barren, decreasing the available water for plants and drying the vegetation for a wildfire. If you are in California like me, then you have seen the impacts that drought has had on wildfires. 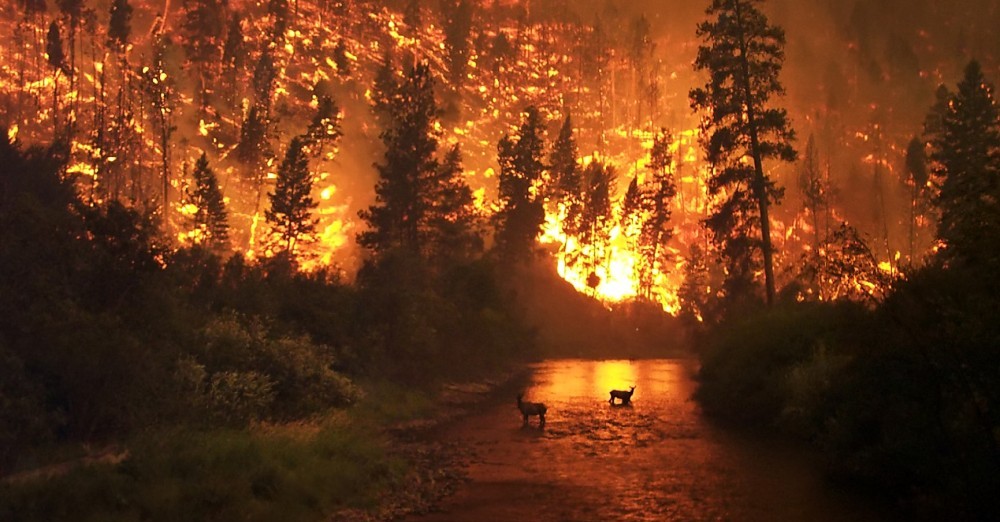 Think about that for a moment. Each wildfire you hear about on the news in California or elsewhere was started by someone, either by accident or on purpose. Either way, the vast majority of wildfires are preventable. If you take the time to do a bit of learning on the dangers, then you can make a difference.

3. Forests have the strength to deal with forest fires.

Long before people came on the scene, forest fires were, the vast majority of the time, started by lightning and the fires raged on with no end. Often times, forests can bounce back without our help after a forest fire. Thick trunked trees have the thickness needed to hold up to a fire. Plants with their tops burned can bounce back with just their roots. Seeds burrow underground and are ready to sprout up once the fire passes. Many animals run away before they are consumed by the flames.

4. Many wildfires leave a mosaic pattern.

If you watch the news during a wildfire, the media grabs your attention, frightening you with their videos of the most recent devastation. You gasp in terror. In reality though, wildfires vary in intensity. Some parts of it are more heated than others, leaving some parts devoid of the full force of the wildfire. 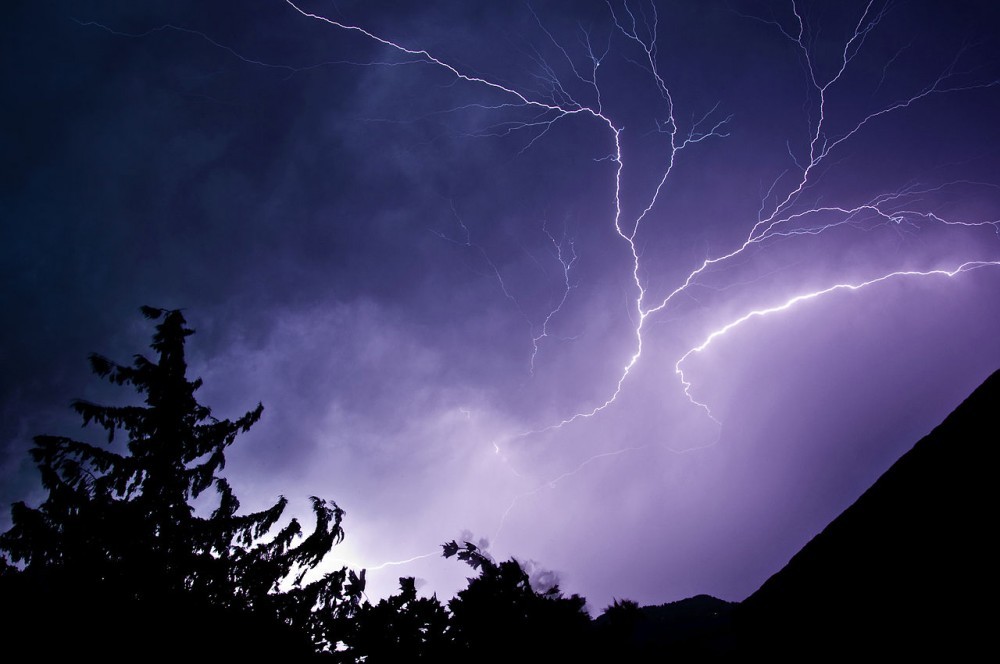 6. Dead matter accumulation (twigs, brush, trees, and leaves) can be a forest fire cause.

Wildfires take off when they have the fuel to empower them. Dry vegetation is perfect for them. It really gives them the energy to get started. In some places, it is dry enough for the vegetation to spontaneously combust.

7. A “crown” fire burns across the top of trees.

The crown of your head is, well, the top of your head. When firefighters talk about crown fires, they are referring to a fire that moves over the top of a forest. In these fires, the fire moves from tree top to tree top like a monkey jumping from branch to branch.

8. On average, 4 million to 5 million acres of land burn each year in the US.

But due to climate change and the global pollution epidemic, up to 9 million acres of land burn each year. That’s a lot of devastation that is only increasing. Most of these fires occur in California, Colorado, Idaho, Montana, Washington, and Wyoming. 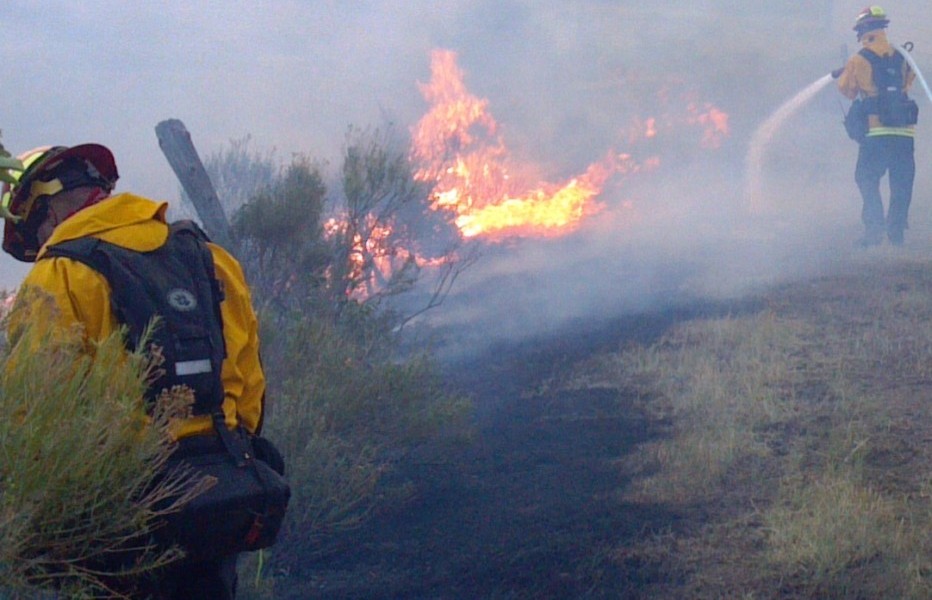 9. To fight a wildfire, firefighters spray water and fire retardants from hoses to extinguish the flames.

Beyond traditional methods of firefighting, there are also new methods. One way is to clear vegetation to create a firebreak; when this happens, it can starve the fire of fuel, slow it down, or even contain the wildfire. Another way is a controlled burn. When this method is used, firefighters are able to burn off dry brush and vegetation before a wildfire even starts. Talk about prevention!

10. Individual efforts do make a difference according to fire scientists.

In short, your actions matter. Three key factors influence wildfire behavior: topography, the lay of the land; wind, speed, humidity, and temperature; fuel, vegetation and man-made structures. Of these three factors, you can only influence one of them, fuel. For homes in wildfire prone communities, this means composting dead vegetation, clearing unnecessary trees, and moving any flammable materials. It is better to be safe than sorry.

US Wildfire Photos – From California to Florida

Wildfires are devastating, especially in images as opposed to just hearing about them. Let me warn you that some of these images are quite powerful. They show the ferocity and ruthlessness of a wildfire out of control. You do not want to be caught in the middle of one of these relentless storms. 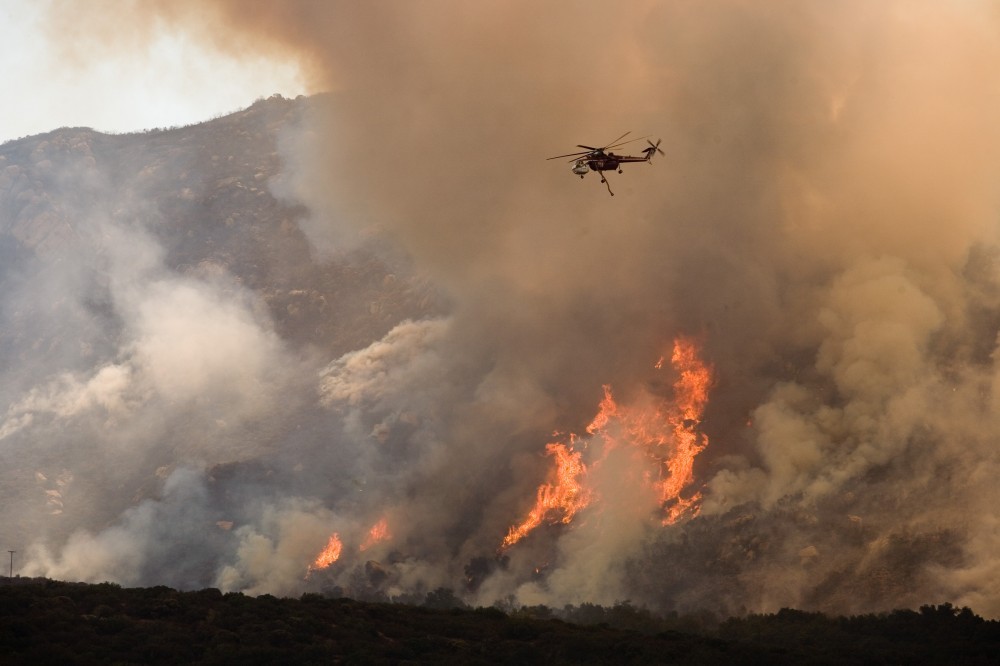 In this fire near to San Diego and the Mexico border in Southern California, you can see a helicopter dropping fire retardant on the Harris Fire. It was the second largest wildfire of the 2007 California season. It was the deadliest that year, killing 8 people. Nearly 1,210 firefighters battled the flames day and night to get it under control. Once it came to an end, it had consumed 90,440 acres (366 square kilometers). 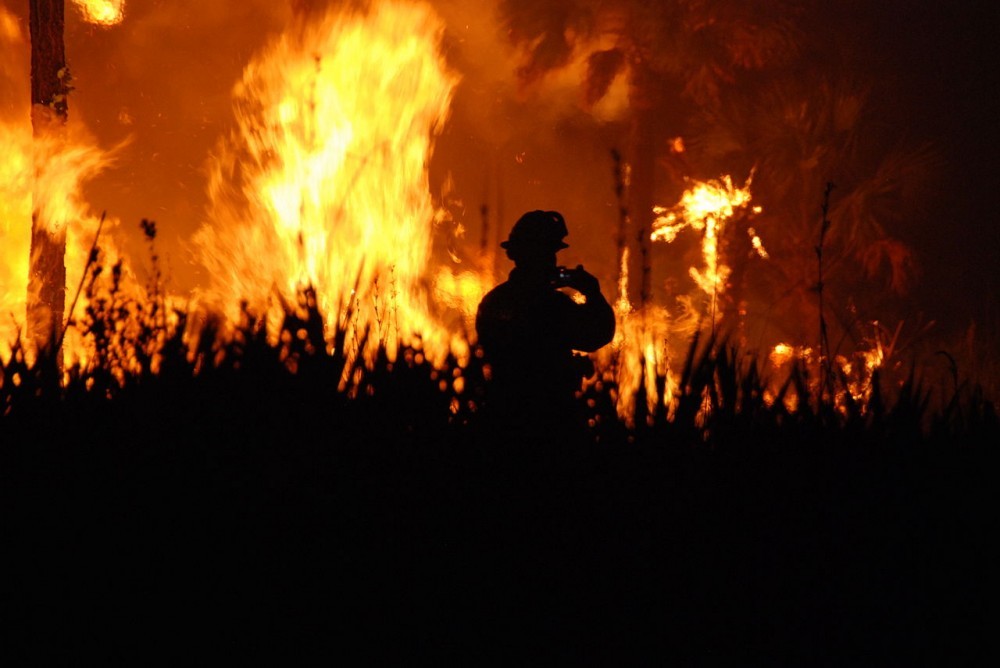 In April 2009, a fast moving wildfire moved onto the Florida Panther National Wildlife Refuge, closing interstate 75, the connection between the East and West Florida panhandle. The fire cost $2 million to contain after it consumed 30,000 acres of land. 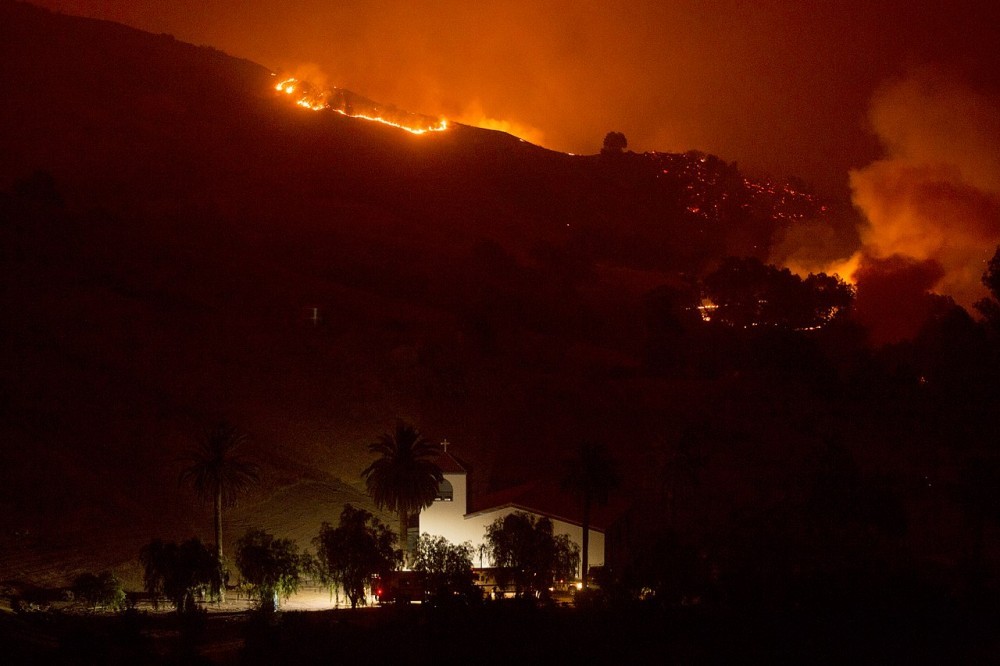 On December 4, 2017, the Thomas fire struck Ventura county in Southern California. In total, it burned 281,893 acres and was 100% contained by January 12, 2018. In the wake of its devastation, over 1,000 structures were destroyed and 280 were damaged. Without the tireless efforts of firefighters, many more homes and lives would have been lost. 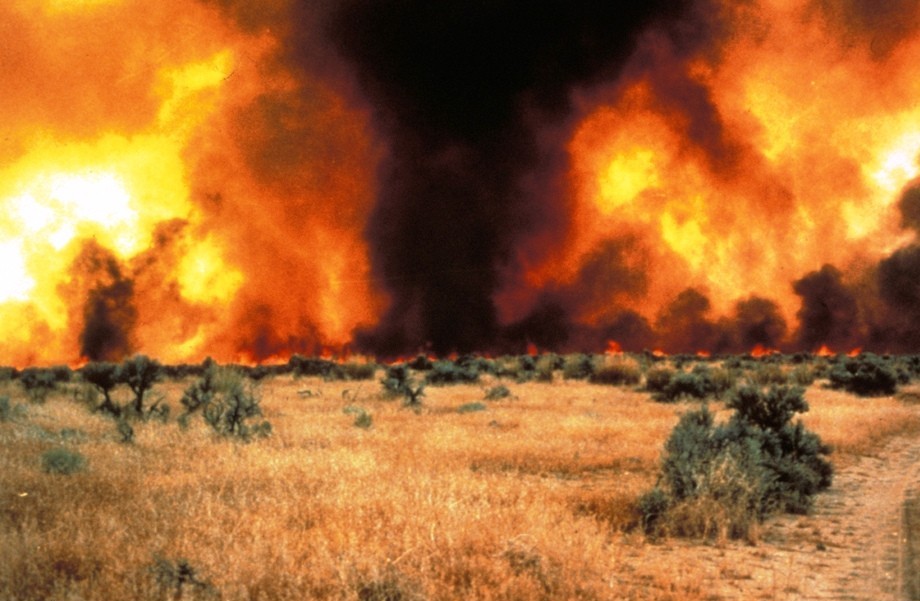 It looks like something out of a war movie. Here you can see the Elk Complex Fire burning sagebrush, grass, and pine trees. Unlike most of the fires pictured here, this one was started by a lightning storm that moved through the state, touching off a string of wildfires that continued for weeks on end. 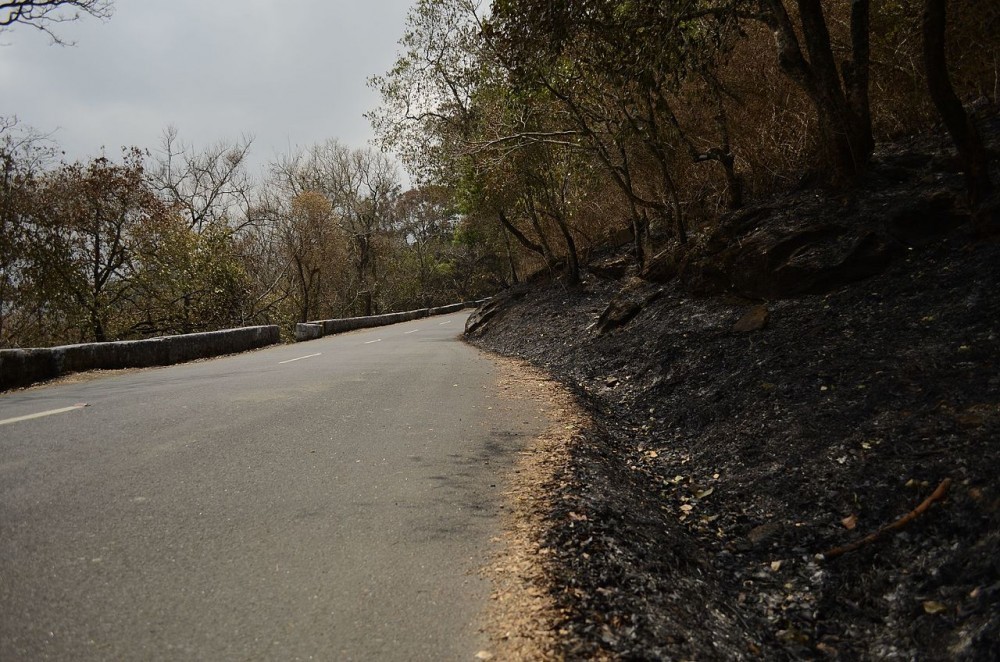 Unfortunately, I have no idea where this forest fire occurred, but that really does not matter. You can see the power of cigarettes in this picture. In about 4% of moving car cigarette tosses, you will find that they ignite the nearby brush, starting a wildfire that local firefighters will have to put out. Be careful with your cigarettes. 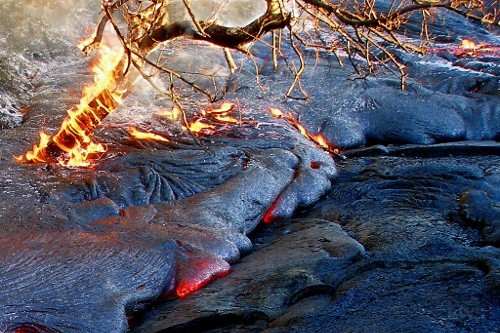 Not all fires are caused by lightning or people. On the island of Hawaii in the Pacific Ocean, a lava flow burns vegetation in Hawaii Volcanoes National Park in 2007. Fortunately for the firefighters, the lava moves slowly enough to give them plenty of warning.

International Wildfire Photos – the US is not Alone

If you ever watch the news, it always seems like wildfires are a California thing. Well, that may be because I live in California. Anyway, forest fires are a common, natural, and man made occurrence in many places around the globe, affecting people everywhere and changing lives in the process. 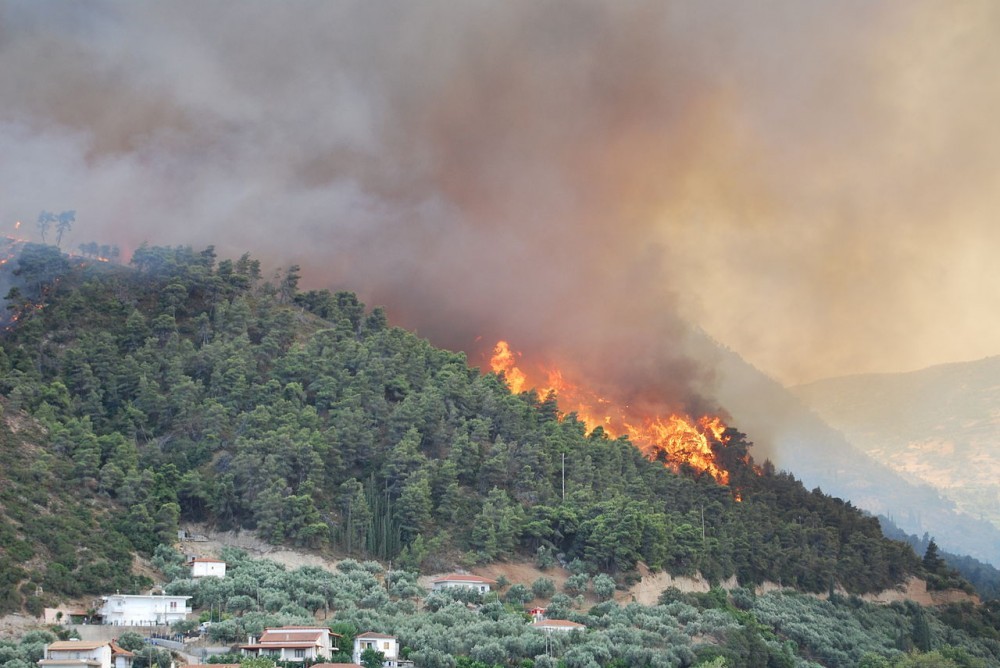 In Greece during 2007, the country experienced their worst fire season in over fifty years. From June to early September, over 3,000 forest fires were reported, devastating homes and 2,700 km² (667,000 acres) in the process. Hot temperatures, three heat waves, and a deep drought culminated into an unprecedented disaster. 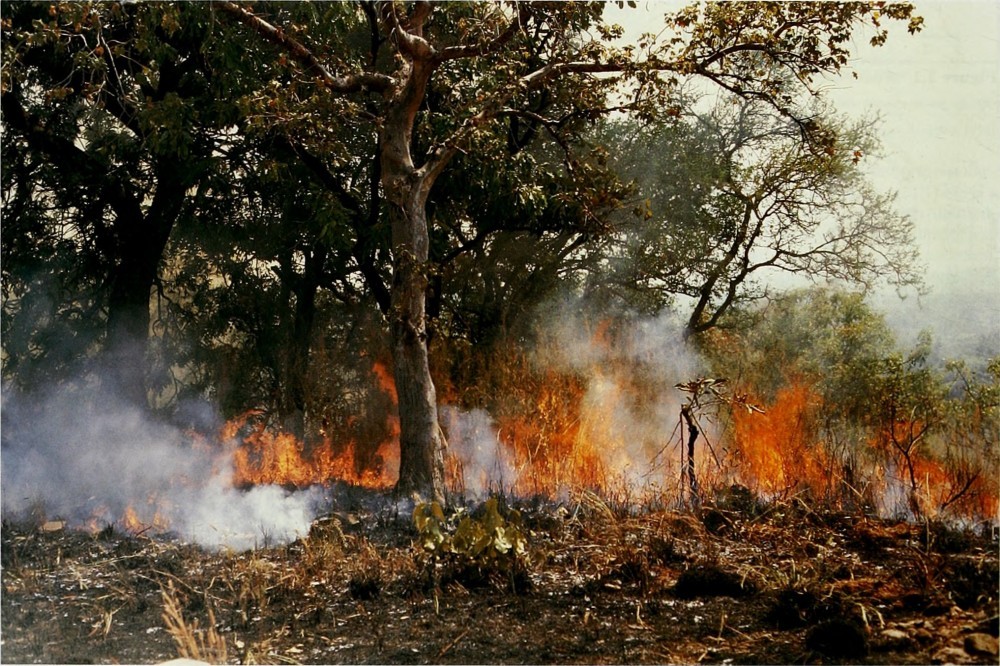 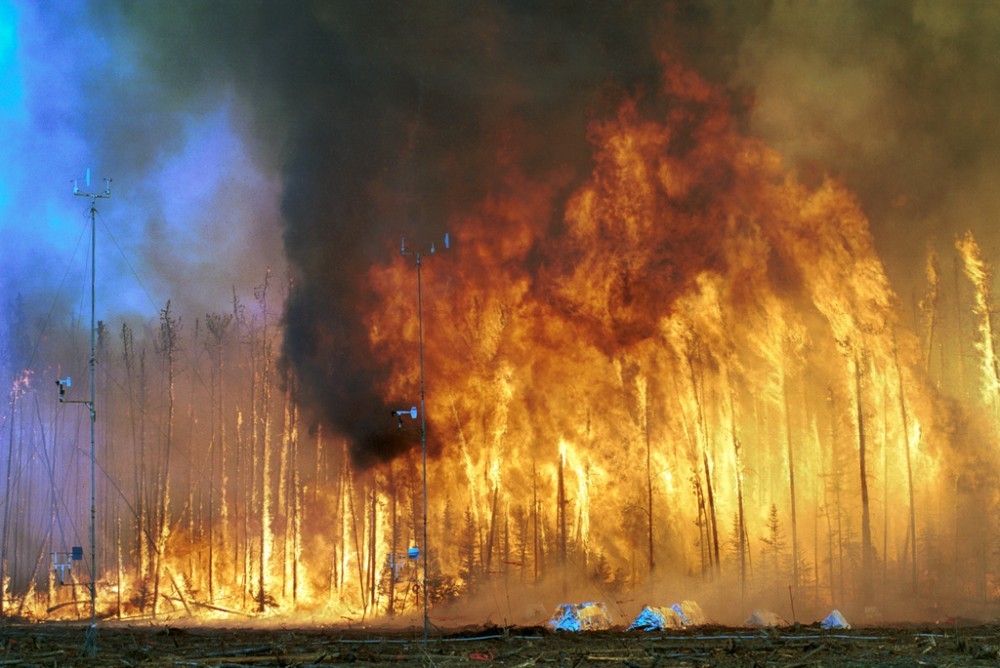 One of the ways firefighters can better handle fires is through fire research. From 1995 to 2001, a research team conducted 18 experimental high intensity crown fires, producing valuable insights for firefighters all over the world. Fires see no boundaries. 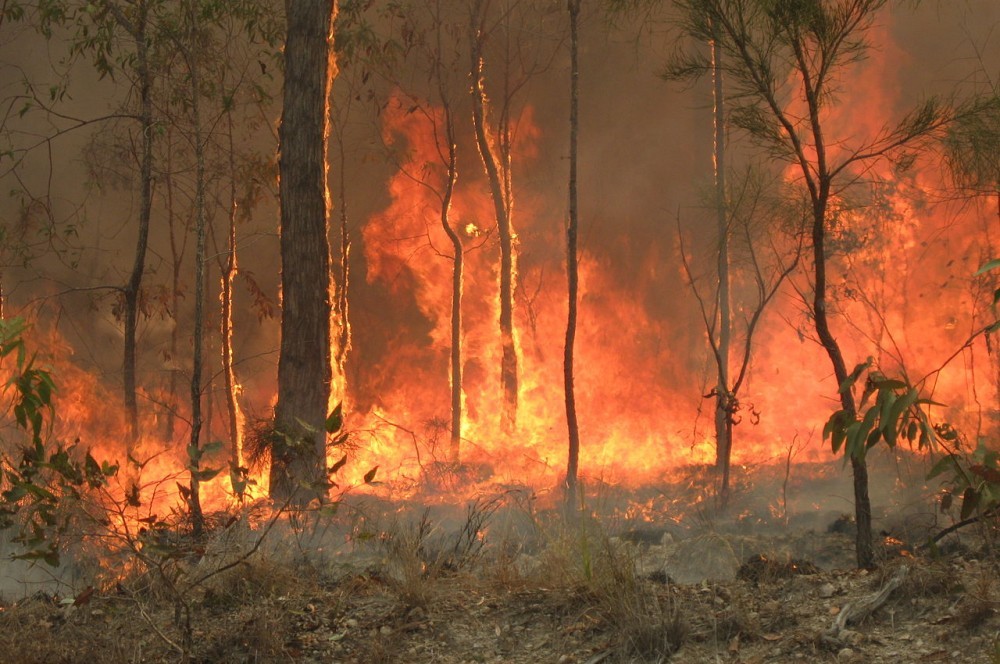 At Captain Creek in central Queensland, Australia, a bush fire raged in December 2010. Because of the extreme heat and dry vegetation on the continent, wild fires occur quite often in Australia. Sometimes the climate just works against you to create the perfect conditions for a wildfire. 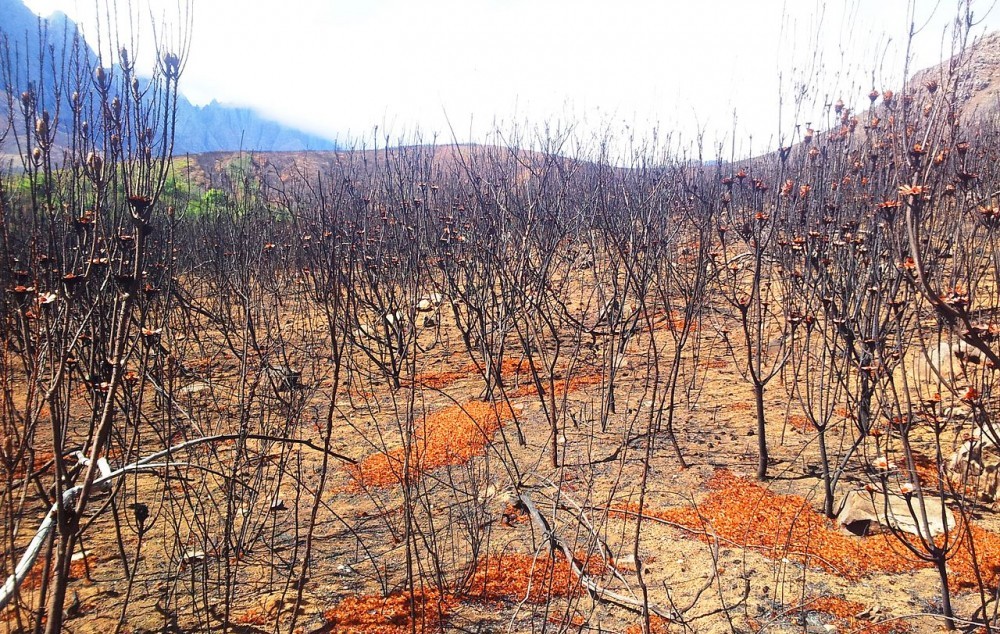 Another common place to see wildfires is in South Africa. Here you can see the aftermath of devastation in Assegaaibosch Nature Reserve (don’t ask me to pronounce that word!). The vegetation you see above is called Fynbos, a fire dependent plant that needs to burn every fifteen years to stimulate growth. Wildfires are an essential part of this plant’s life. In the aftermath of a fire, new life rises from the ashes. 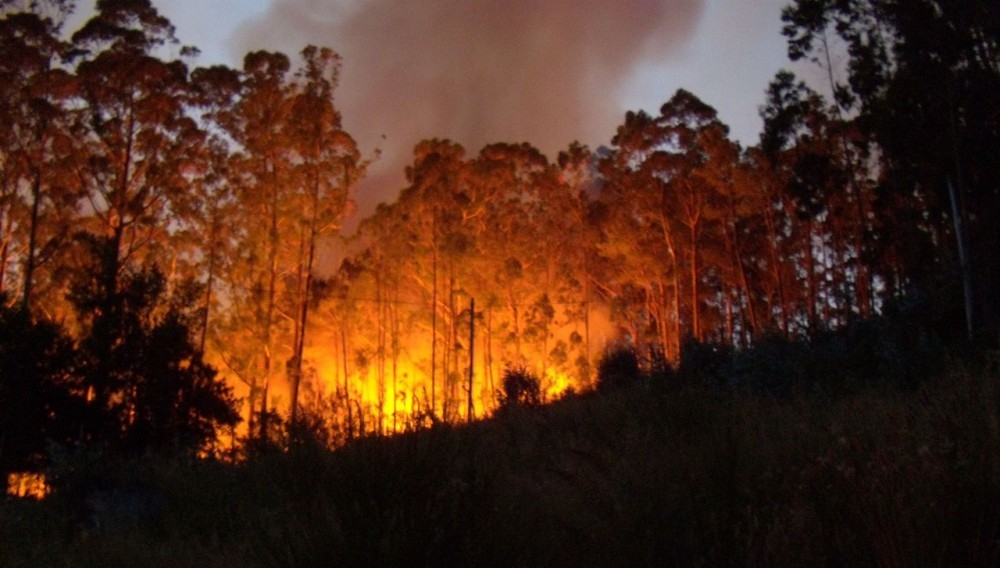 Wildfires also occur in Portugal. This one, in Madiera, devastated the countryside, wreaking havoc on people and homes alike. Often times, a wildfire can cross the border between Spain and Portugal, so teams of firefighters from both countries work together to contain the flames.

Wildfires can be devastating, ravaging the land and obliterating homes. It is quite frightening to say the least. At the same time though, they cleanse the land of dry vegetation, giving plant life the opportunity to rebound with fresh, young life. With these photos of devastation and facts about forest fires, you should be all set to prevent another forest fire. As Smokey the Bear would say, “remember, only you can prevent forest fires.”

If you have any thoughts, questions, or think I missed anything, please comment below and remember to share the article. Thank you so much and I hope you make it a great day! 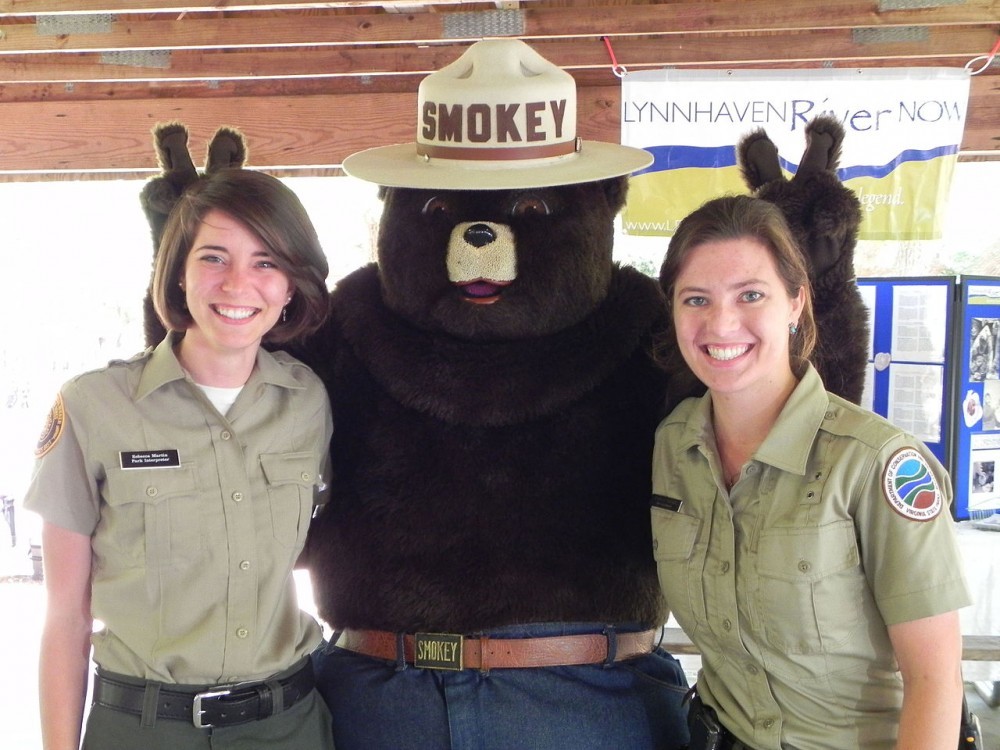