You clutch a pick in hand. The wind blows like a toddler’s runny nose. In just an hour, you will be at base camp. You only need to hold out for a little while longer and then you will be there. Through the ice-cold storm and the cataclysmic weather, you persist. Your hot breath looks like fog in the air. The crests of other mountains can barely be seen in the distance. You have never felt more alive. If you want to be inspired to mountaineer, then I am glad you are reading about The Best Mountain Climbing Movies to Watch in 2018.

It is not everyday you can be on the mountainside working your way up to the summit. A good mountaineering movie will be sure to give you an idea of what can happen. The heroism can inspire you. Any tragedy you see will be sure to make you cover your mouth in horror. Since it is Friday night here, I am going to curl up under the covers and grab some microwave popcorn to watch one of these.

If you feel inspired to go mountain climbing after reading this article, then I suggest you read my article, How to Start Mountaineering – a Beginner’s Guide. You will learn about training, mountaineering lingo, planning, important skills, and much, much more. I know you have it in you to summit a mountain. 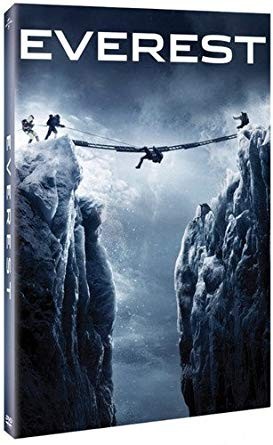 During a 1996 climb of Mount Everest, two groups race to the summit. As an expert climber, Rob Hall leads the expedition to the top of the mountain. On the way to the top, the group reaches a clog of climbers scrambling to get through Hillary’s step where they spend hours waiting in line. In this situation, you see the danger of having so many climbers on the mountain, slowing others down and putting fellow climbers at risk because of ineptitude. 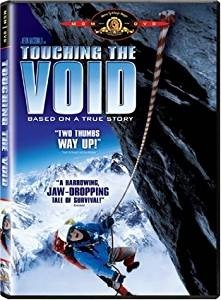 As they say, “the closer you are to death, the more you realize you are alive.” In this film, the true story of Simpson and Yates is told. They scaled the West Face of Siula Grande in the Peruvian Andes in 1985. On the way down, Simpson broke his leg, slowing down their journey. When tragedy strikes, the film raises moral questions that plague climbers to this day. What do you do when a partner is hurt? Would you cut the rope? How do you keep moving forward? I cannot recommend this film enough. You feel like you are on the mountain alongside them. 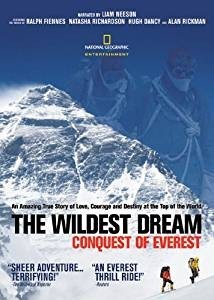 This film follows two stories, a 1920s expedition of the mountain and a 1990s journey. In a legendary response to the question of “why climb Mount Everest?” George Mallory replied, “because it’s there.” With his climbing partner Andrew Irvine in the 1920s, George attempted to summit Everest, but only to die on the mountain. The question, though, is did he die on the way up or down? The film explores that question and more. George perplexes the audience with his obsession with mountain, ravaging his personal relationships in the process.

We see that in the 1990s with Conrad Anker, the man who discovered Mallory’s body. Conrad attempts to retrace Mallory’s steps. 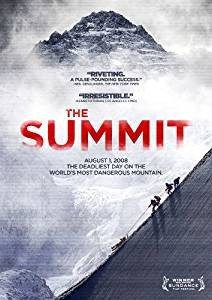 In this documentary, filmmaker Nick Ryan interviewed the survivors of the disastrous K2 expedition. The film explores questions of morality on the mountain and what to do in tragedy. With footage and testimonials, we see reasons behind the tragedy of the eleven lives lost. 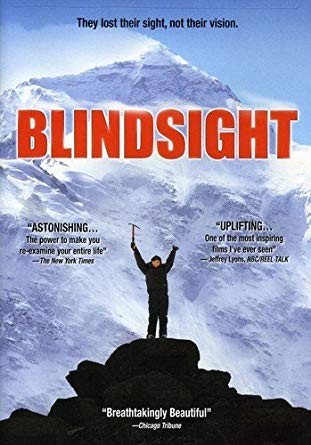 It is hard enough to climb a mountain with eyesight, but to do it blind is another challenge all together. Not dissuaded by his hindrance, Erik Weihenmayer musters his strength to become the first blind man to summit Everest, but he goes farther than that. He brings six bling Tibetan teenagers who are shunned by their own community. It is a harrowing true story sure to captivate you. 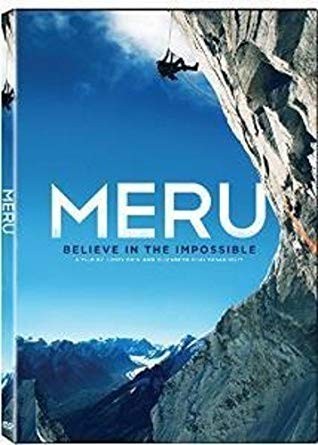 This film won the Sundance Audience Award documentary prize, so you can be sure that this film is highly acclaimed. It is worth your time. In this feature, three friends attempt to climb the unclimbable “Meru” at the base of the Ganges River in India, failing, injuring, and satisfying themselves in the process. It testifies to superhuman endurance and speaks volumes about the realm of human possibility. 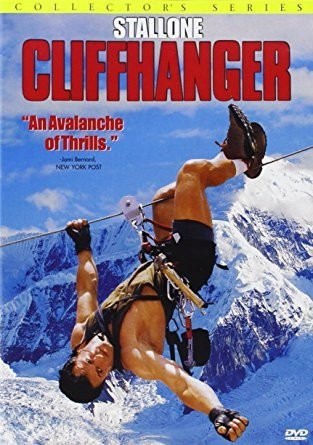 This film is a bit corny. The machine gun toting, action movie extraordinary Sylvester Stallone leaves you hanging in this 90s classic. Stallone plays a death defying climber and rescue ranger. In the film, you feel ridiculousness come alive as a 80s action hero still his prime fights on the mountainside. Without a doubt, this film leaves you hanging and begging for more. 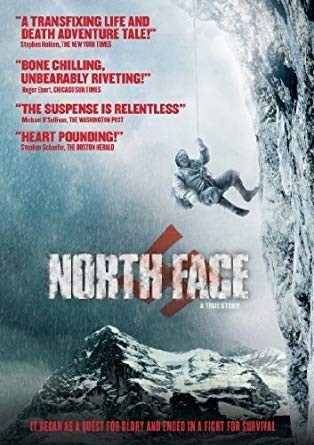 In this fictionalized film, the story follows Toni Kurz and Andi Hinterstoisser who attempt to summit the last problem mountain in the Alps. Throughout the screening, there are many portions where you listen to no sound other than the wind as the men drudge up the mountain side. When one of the team members of the four man expedition gets injured, they face a dilemma, to go back or to keep moving forward, making it a riveting film to say the least. It sticks quite close to the facts of the 1936 expedition, only adding to the nail-biting allure. 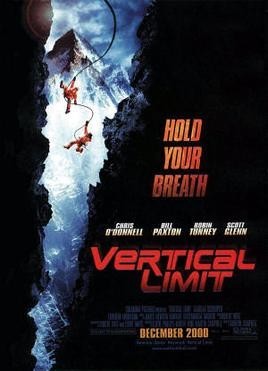 Although this film does not make sense at times, it proves itself to still be a splendid mountain climbing film. The expedition features the old climbing expert, Montgomery Wick who really takes the helm. Peter Garrett is a National Geographic photographer and dare devil climber who takes part in the climb. While the film sometimes lacks sense, you will nevertheless be transported to the mountainside expedition. 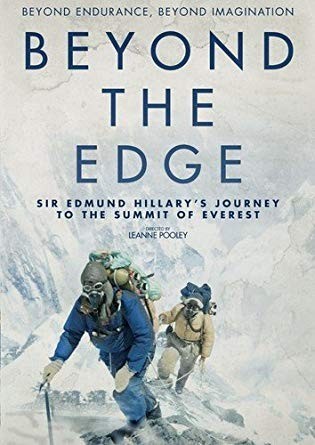 This film documents the first successful climb of Everest in 1953. In footage and reenactments, the film follows Sir Edmund Hillary and Tenzing Norgay as they work their way to the top. Battling freezing temperatures and altitude sickness, the duo defy all odds to summit the mountain. Their journey stands as a testimonial of human potential, speaking to their tenacity and strength of character.

Are You Going to Get Outside this Week?

Well, you should be all inspired to start mountaineering. The summit awaits you. The views will be sure to blow you away. Can you just imagine the view from the top? It must be spectacular. I know I want to get into mountaineering, but what about you? You can find a link to AllTrails.com below. If you want to get into mountaineering, it starts with regular hikes to prepare your body and energize your soul. I cannot recommend them enough. So what do you say? Are you going to get outside this week? There is a trail near you. You will be sure to enjoy yourself. Nature calls you.
Adventure awaits.

If you have any thoughts, questions, or think I missed anything, do not hesitate to comment below and please share the article. Thank you so much and I hope you make it a great day! 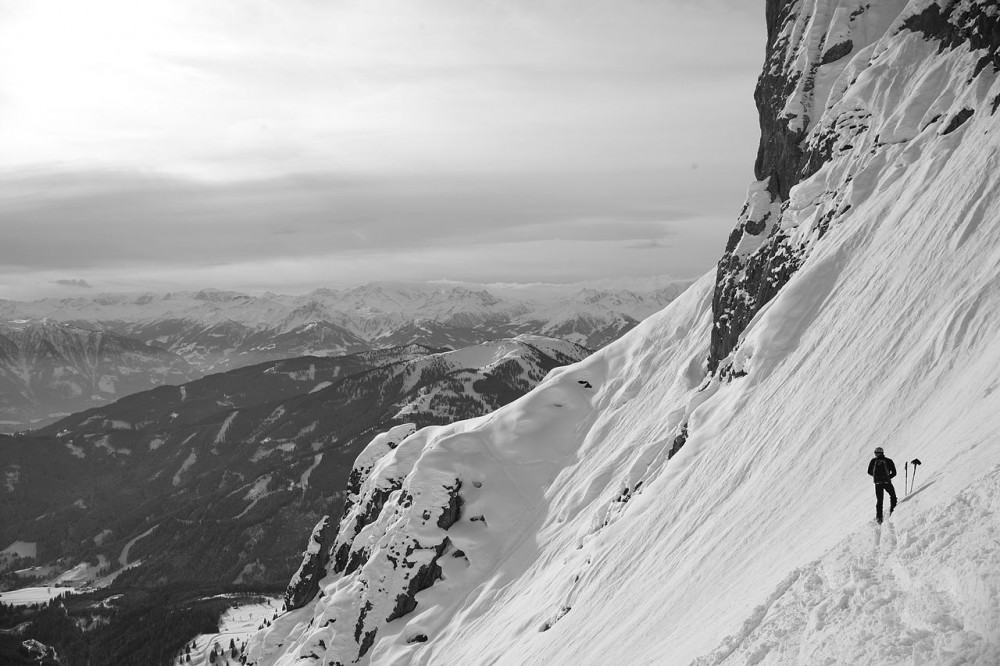